THE MAKE-UP OF YOUR BUSINESS INTRUDER ALARM

The parts of the system will include a white box power supply (this is the business intruder alarm panel) and a keypad, which is what you would see most often and the way you would most likely set and unset your intruder alarm. The item that you’ll see but probably notice less often is called the ‘bell box’; this is the noisy thing outside the building mounted on the wall at a high level, and it’s also likely that yours will have a flashing LED. 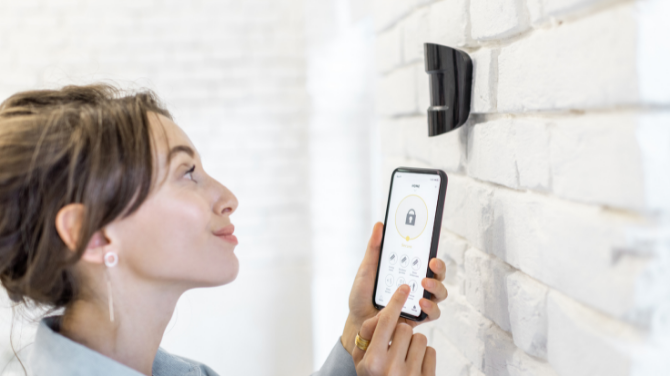 The rest of the system is made up of movement detectors, door contacts, and other activation sensors that have been designed to cover your business premises to meet the requirement of the risk assessment.

Now, the technical aspects of the system are a little more in-depth, but knowing what they do and where they could be used could be handy when discussing this with your specialist installer. After all, you want to do it right the first time around!

With this in mind, we have explained some of the parts of the intruder alarm system to give an idea of ‘why what and where you would use a specific detector to cover your business premises correctly. 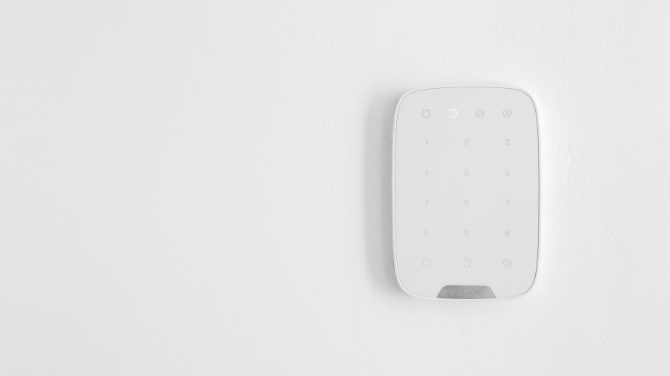 8 TYPES OF DETECTION FOR YOUR BUSINESS INTRUDER ALARM

PIRs are the most commonly used movement detector and are generally suitable for interior use within the non-harsh environment (a harsh environment is typically outdoors, however, a harsh interior environment could be within a building that is damp, dusty, or has uncommonly low or high temperatures, which would cause the device to fail or operate incorrectly).

Generally, PIRs are designed to be mounted on a wall or the corner of two walls at a height of 1.8-2.5m, and most have a detection range of 10-15m at an angle of 45-90°. There are variations, such as a ceiling-mounted 360° version, depending on the manufacturer's design.

PIRS user a lens that splits the received beam into several planes; each plane having alternate ‘hot’ and ‘cold’ areas. Movement across these hot and cold areas is detected by the sensing element.

Typical usage: offices, shops, and dwellings (for the express reason of reducing the number of false alarms).

Quad Element PIRs are similar to the PIRs described above, but have the beam planes split into four (hence, ‘quad’) ‘hot’ and ‘cold’ zones in the form of a square. The detector then decides whether it is a true alarm activation depending on the pattern ‘seen’. This can significantly reduce the number of false alarms.

Dual Technology (DT), also called ‘Dualtec’ detectors, comprise a PIR and a Microwave detector in the same unit. The basic operation of these detectors is that both elements within the detector have to be triggered to create an alarm activation. The PIR detection element works in the same way as a standard PIR, as explained above. The Microwave detector essentially ‘sees’ space. The microwave unit emits a microwave signal which bounces around the room and is then received back where it is converted into a particular value. Any change to the volume of the room or the movement of objects (such as intruders entering) within the room will cause a change in the received signal. If this change in signal is deemed significant then an alarm is triggered. The microwave sensitivity and range are usually adjustable.

Typical usage: for specific risks such as windows, doors, or protecting vulnerable roofs.

In Curtain PIRs, the lens focuses the detection pattern into a single narrow zone. Curtain PIRs usually have ranges of 18m or more. They can also be mounted such that the curtain is horizontal.

External PIR detectors are not an ideal solution for use with your intruder alarm. If external PIRs are used then they have to be carefully mounted, and their design and detection algorithms have to be sophisticated, which, coupled with their need to be weatherproof, impacts the cost-effectiveness when other solutions should instead be considered.

There are many devices that you can connect to your business intruder alarm system, such as:

Typical usage: perimeter glass for added security or in place of a movement detection device (this depends on the risk assessment).

These types of detectors are designed to operate upon the sound of breaking glass. They are extremely clever in the way they can detect this and you can be assured that extreme care is taken to ensure that they operate on the specific sound. The devices can be set for the type of glass you have within your building, such as plate glass, wired glass or tempered.

Typical usage: perimeter openings for added security, or in place of a movement detection device (this depends upon the risk assessment).

Vibrations from doors or windows being forced open can be detected using vibration sensors. These are ‘tuned’ to the particular vibration that is to be expected, which is important to avoid detecting all vibrations which could be caused by other non-emergency factors, such as loose doors or wind vibration.

Typical usage: Perimeter doors for entry/exit setting and internally for control of areas within your premises (this depends upon the risk assessment).

Door Contacts, which can also be used on other openings, come in several different shapes and sizes and are designed to operate if the door opens when the system is set. For more industrial environments, higher grade environmental contacts, including for use with roller shutters, are available.

All intruder equipment is graded for application and for environmental use. The grade and environmental rating should be considered within your business intruder alarm risk assessment.

Taking the time to have a risk assessment, and planning the installation, will make all the difference to your business intruder alarm system for the following reasons:

Your AYS System can help you make the right decisions for you and give your insurer peace of mind, knowing that a well-designed and thought-out system has been installed.

Call us now and arrange your risk assessment for your business intruder alarm. If you are already a maintenance customer of AYS System for any of your fire or security systems, this risk assessment is completely free. If you are looking to use AYS System for the first time, we offer a survey refund with every order so we’ll deduct this cost from the installation price when you go ahead with your new business intruder alarm system.

Request a Call for free consultation

We offer excellent solutions for your home or business.

What are you looking to secure?

Please fill form to call for your home or business related inquiry.

Please fill form to call for your home or business related inquiry.